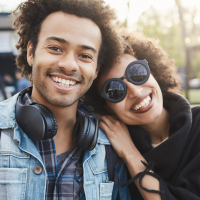 The death of a sibling can leave one feeling incomplete.

Though one may say they have their father’s ears or their mother’s nose, siblings shape each other’s personalities in significant ways. When a sibling dies, this can have a profound impact not only on someone’s emotions but also their identity. The death of a sibling can leave someone feeling like they have a hole left in them in the shape of the departed sibling and feel like part of their own identity is gone as well.

Anytime someone of someone else’s similar age passes, this can cause one to take an inquisitive look at their own life. When a sibling dies, in addition to potentially altering someone’s identity, it can lead them into an introspective phase that, when combined with the grieving process, can feel quite confusing.

The death of a sibling earlier in life also typically means that there are parents who have lost a child as well. In some instances, a sibling can feel like their parents are the primary recipients of pity and support due to their unique grief status. This can cause sibling grievers to feel forgotten or excluded—as though their grief is not significant and, thus, not in need of as much attention.

Following the death of a sibling and one’s identity feels forever altered, it is important to understand that such a bleak forecast is not necessarily the case. The departed sibling has shaped their brother or sister’s life in ways that will forever remain. This attitude of carefully protecting that aspect of one’s personality can provide relief from both grief and existential angst on particularly rough days, weeks, months, or even years.

That Part is Still Missing, But Time Reduces Pain

When a sibling passes, many report that there is a brother/sister-shaped void within them that remains unfilled by new experiences or support from that sibling. What is also reported, however, is that the pain of that void grows less and less severe with time. Where it was once filled with their input and support, over the years, it is filled with memories, which with time also become a treasure rather than a source of pain.

The Role of a Hospice Chaplain

What is a POLST Form & How Does It Differ From An Advance Directive?

Many cannot voice their preferences. Enter the POLST form.

Visiting Loved Ones With Alzheimer’s or Dementia: Do’s & Don’ts